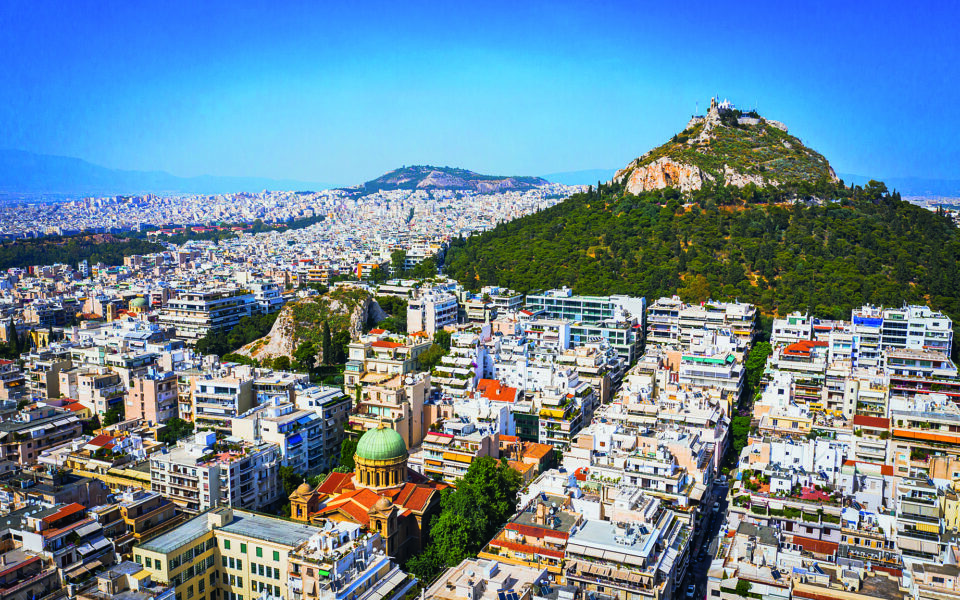 The four great challenges of Athens

Athens is a complicated city. For one thing, it’s densely built up, with very little green space and the highest car ownership rate in Europe. On the other, however, it is a city that has been through multiple crises and is going through today with renewed vigor, seeking to reconnect with its future.

These unique traits that define Athens have been the subject of research for two years by scientists from the London School of Economics in collaboration with Greek experts, who compared the characteristics of the Greek capital with those of other major cities in Europe. and of the world. The density of construction and housing, open spaces, the mix of transport, its social and socio-economic identity, its mode of governance and the particularities of its neighborhoods are among the issues analyzed.

The results of this two-year program, the initiative of the Athens Urban Age Working Group, will be presented on Thursday at an open event at the Serafeio Community Complex. The presentation was also the occasion for a fascinating conversation with Ricky Burdett, architect and professor of urban studies at LSE and head of the LSE Cities research centre, which studies metropolises around the world.

Burdett spoke about what makes Athens special, highlighted the challenges it faces as a city and spoke out in favor of a radical reform of its administrative structure, with the unification of small municipal authorities into one. large municipality of Athens, on the same model as London.

What is the Urban Age program?

The program has existed for more than 15 years with the support of the Herrhausen Gesellschaft Foundation. It has an intellectual side and a practical side. The intellectual side, which is why we started the program, is to understand the links between the physical organization of cities and their social and environmental impacts. In recent years, we have realized that one of the best things we can do with our collective research and knowledge is to work with city administrators to improve knowledge exchange, around the themes of sustainable urban development and inclusive – and that’s the practical side of the program. .

Athens is a city that has fascinated everyone, not only for its obvious historical reasons, but also because of its physical and socio-economic environment. It’s quite unique: its location in the basin of Attica, surrounded by mountains and the Mediterranean Sea. And its extraordinary density. There are not many cities so compact and so continuous. Seen from above, it’s a sea of ​​concrete with a few clusters of green and brown. It’s a 21st century city, part of which is unplanned, it just happened especially after WWII. And part of it has this Germanic grid at the heart of it. It is also a very complexly governed city, which over the past 15-20 years has gone through incredibly difficult times with multiple crises – economic, refugee and pandemic. Also, when we started, the new mayor had just been appointed and that created an opportunity to work and add value.

‘Seen from above, [Athens] is a sea of ​​concrete with a few clusters of green and brown. It’s a 21st century city, part of which is unplanned’

What are the elements that differentiate Athens from other European cities?

If I had to remember only one thing, it would be its extraordinary density. Athens is the second most dense city in Europe after the center of Paris. On the other hand, it experienced negative growth. Over the past 20 years, its population has decreased slightly. If we calculate urban growth in inhabitants per hour, Athens is almost nil, Vienna just under 2, London at 9 and Lagos (Nigeria) at more than 76! At the same time, Tokyo is losing 10 people per hour. What does it mean? Athens is a city losing young people, of course it has been hard hit by the economic crisis. What interested us was that one of the mayor’s ambitions was to try to balance that and make the city more attractive to work and live in.

Let’s see how the mayor’s ambition turns into action…

Any mayor has a limit to the power of what he can do. For example, a mayor can attract high-tech companies through clusters and planning. But ultimately, making an economy competitive has to do with other things of national or global significance. In Athens, in particular, the mayor has limits: the city occupies only a relatively small footprint of the much larger metropolitan area. The Mayor of London has broad jurisdiction over the area where people live, transport, police, environmental policies.

So, is the city governance system in Greece inadequate and in need of reform?

The Athens system, the four sub-regions and the 35 municipalities and the responsibility for transport, tourism, environment, coming from different layers, all of this makes it very complicated. But you are not alone! In Paris, for example, the mayor is only responsible for 2 million people and there are discussions with the central government to reorganize the regional government. Barcelona are struggling with the same issues and they invented Barcelona Regional with more powers in the metropolitan area. Athens would ultimately benefit from the restructuring of governance. Let me remind you that London has only reinvented itself since 2000. These things can be done, they take energy and the recognition that a new system can deliver better services and better governance.

Besides governance, what other challenges does Athens face?

One is clearly transportation. The number of people who use active mobility, walking and cycling in Athens is very low, only 11%, while in London it is 27% and Barcelona 36%. One of the things that struck us more than anything else is the fact that Athens has the highest number of car owners: 779 out of 1,000 people own a car. Not everyone uses the car every day, but that says a lot about the culture and the investment in public transport.

How can a developer introduce sustainable mobility measures in these circumstances?

First, you need political vision and the will to change. None of this can be shoved down people’s throats. We must recognize that the city wants to be healthier, breathe better and live longer. Then, the answer goes through a series of policies at several levels. For example, London introduced a congestion charge and started pedestrianisation, but local government permission was only granted after public transport improved by 20%. A few days ago we opened a new Crossrail line that will transform accessibility.

But a metro line takes more than 20 years to build. What happens until then?

London’s Crossrail took 30 years! But Paris and Milan have created an extensive cycle network using the pandemic as an excuse to introduce more cycle lanes.

Greek municipalities had this opportunity but hardly anyone took advantage of it.

“The number of people who use active mobility, walking and cycling in Athens is very low, only 11%, while in London it is 27% and Barcelona 36%”

First you need a vision and a process of engagement, consultation with your constituents. Athens begins to enter this journey.

What other points of interest are there in Athens?

The absence of green and open spaces, which contributes to the heat island effect. Having mountainous areas outside the city is an asset, access to them could be mobilised. Former industrial areas have the potential not only to become new neighborhoods, but they can also act as green lungs. Elaionas is ideal for this. In addition, a very important issue is that of housing. If you don’t invest in affordable housing, you won’t support young people in the city. Athens City Hall intends to set up a housing agency.

Couldn’t this also go through the control of short-term rentals? I mean, no one will build 1,000 houses in Athens.

Athens could learn from Barcelona, ​​which has been very inventive in setting limits on Airbnb and hotels and at the same time accelerating growth. The relationship between the market and the public sector is an argument for Stalinist intervention or letting the market rule. The Scandinavian example shows that the private sector and the public sector can coexist effectively. Personally, I am in favor of taxing empty properties.

Is the center of Athens becoming too touristy?

I will give you my impression, rather than a fact. I wouldn’t say the center is like a Disneyland for tourists. You always feel like you are in a real authentic city. Of course, there are pockets with a large number of tourists, but I don’t think Athens has lost its urban character.

A question that is not yet much discussed in Greece is how the real estate project to create a city of 10,000 inhabitants in Elliniko will affect Athens.

I am for development. Cities must change, mature, never stay the same, otherwise they die. There are a few issues to consider now. Such investments should never be seen as stand-alone developments. Planning ideologies and the role of local governments can play an important role in ensuring that such developments provide assets, eg parks, educational infrastructure, and add something new. In addition, they must be truly connected to public transport. A talented planner should keep them in mind.

After your experience with the Urban Age project, how would you describe Athens?

Athens is dense both physically and in its experiences. It is a city with a strong urban character, not always pretty, but with an urban quality. You can feel the pulse. 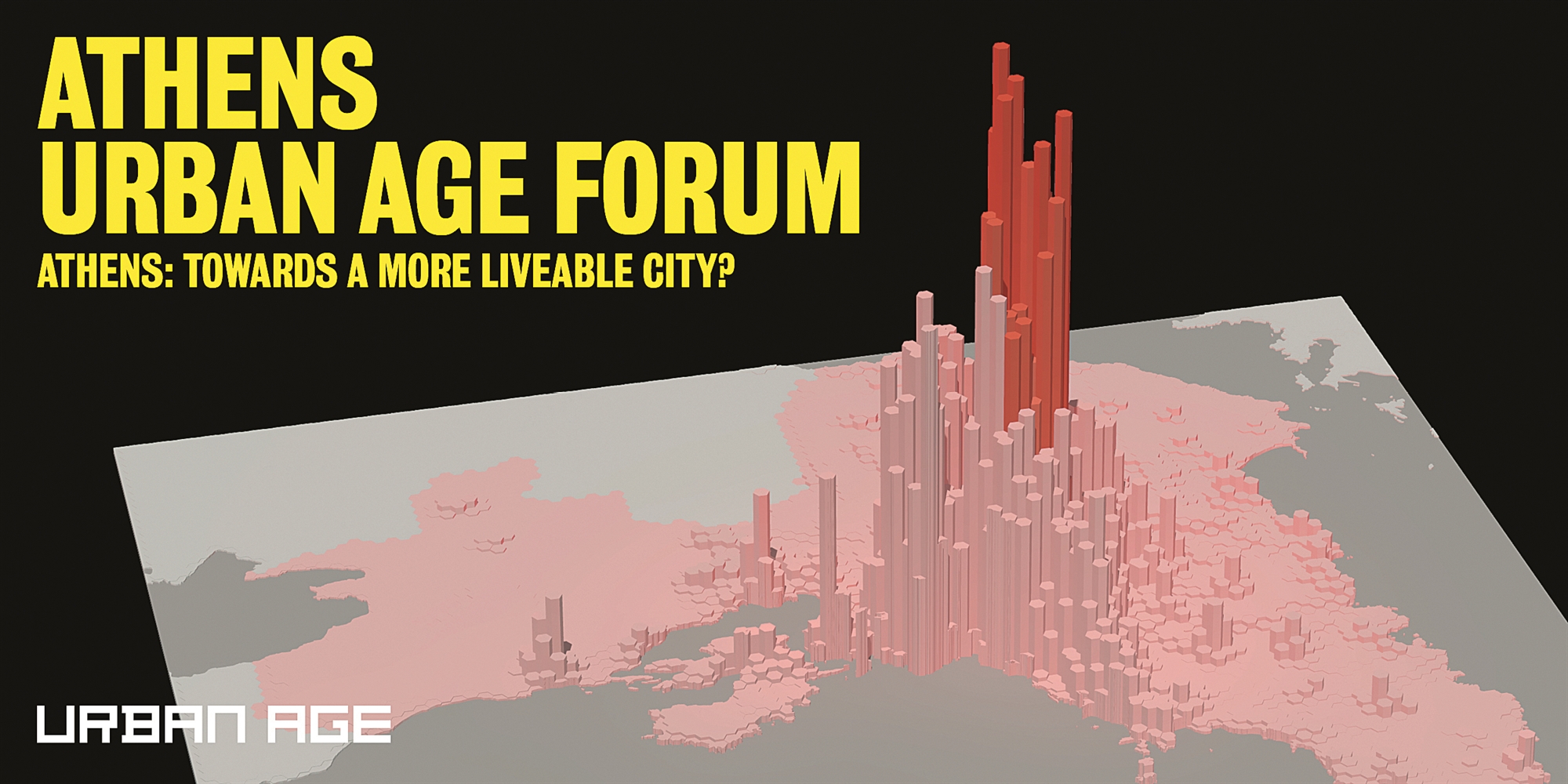 The Athens Urban Age Forum: Livable Cities in the 21st Century takes place today at Serafeio (144 Pireos & Echelidon, tel. 210.342.6842), a community complex run by the City of Athens. The morning session will include a series of workshops with Greek and foreign experts on issues such as urban revitalization, management of public space and major urban interventions, which however are not open to the public.

At 6:30 p.m. the doors will open for an event at which Ricky Burdett and Athens Mayor Kostas Bakoyannis will speak. The discussion will also bring together Jean Louis Missika, deputy mayor of Paris for urban planning, architecture, economic development and attractiveness (2014-2020) and guest researcher at LSE Cities; Georgios Panetsos, professor of architecture and urban planning at the University of Patras; Tony Travers, Associate Dean of the School of Public Policy, LSE; and Mary Vassilakou, Deputy Mayor of Vienna in 2010-2019 and Director of Vienna Solutions, Urban Transformation Consulting.

The discussion will be coordinated by Kathimerini’s Executive Director, Alexis Papachelas.

Registration is required at www.eventbrite.com.