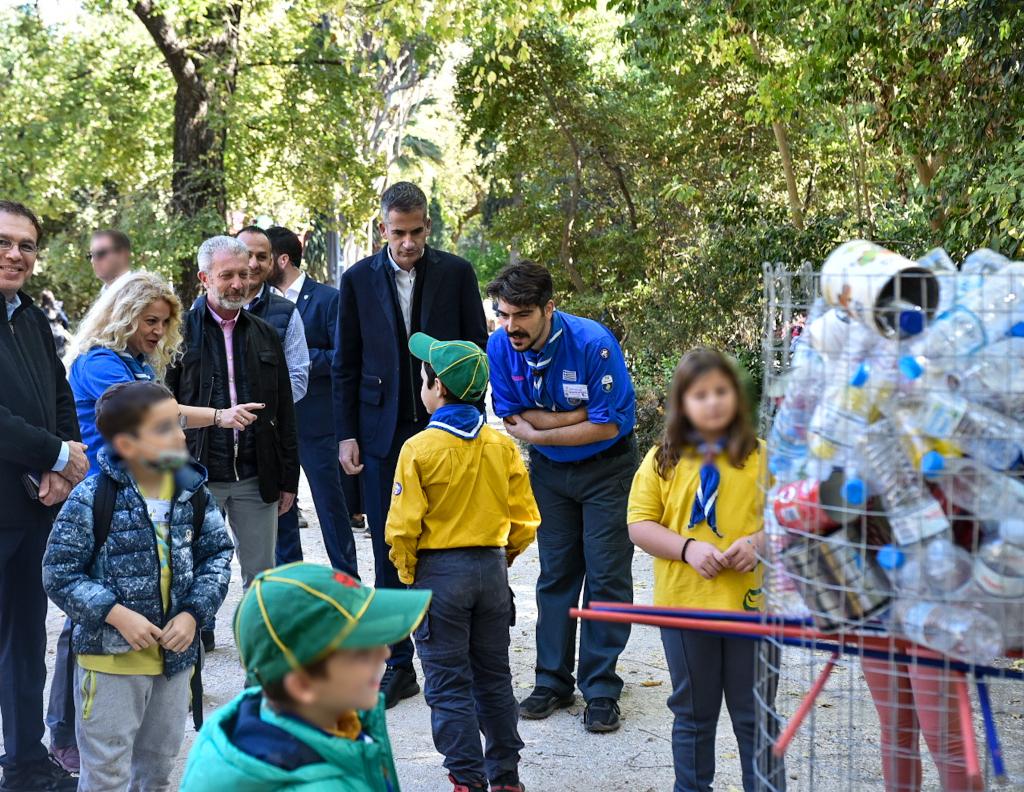 The Municipality of Athens is participating for the 2nd year in the European Week for Waste Reduction ATHENS 9.84

The Municipality of Athens offers a dynamic “present” to important European initiatives aimed at shaping environmental awareness, encouraging citizens to contribute to the great effort for the protection of the environment and the reduction of waste production in their lives daily.

For the second year, the Directorate of Cleaning and Recycling of the Municipality of Athens is actively participating in the European Waste Reduction Week (SERD), the largest communication campaign in Europe for the prevention of production and waste reduction.

Thanks to this special campaign, local communities, public authorities, associations, companies, collective recycling systems and educational establishments have the possibility to organize workshops, exhibitions, competitions, updates or events, with the aim of raising awareness and educating the public.

The key word of the European Waste Reduction Week SERD 2021 is “collaboration” between individuals or groups of people, in order to design and build communities, based on the circular economy approach across Europe, in the goal of moving towards sustainable consumption patterns. and manufacturing.

Experiential recycling action with the new generation at the National Garden 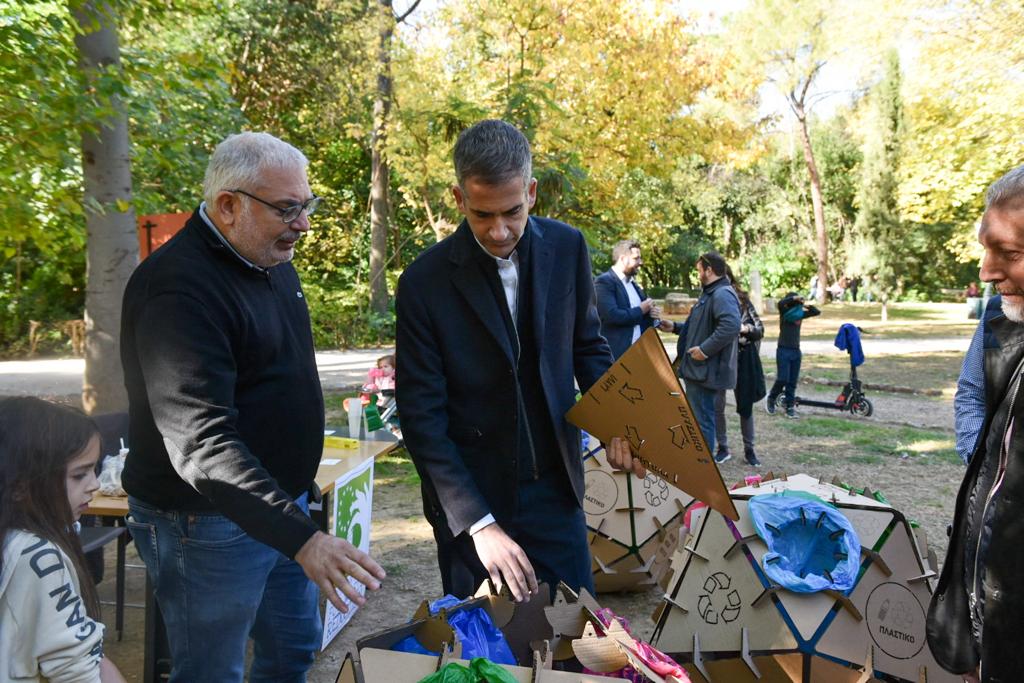 This year, the Municipality of Athens joined forces with the Scouts of Athens, giving an active role to the new generation, which is at the heart of a better and responsible society for tomorrow. Dozens of children, aged 7 to 11, were today in the National Garden and in the presence of the Mayor of Athens K. Bakogiannis took part in an experiential recycling action, which was implemented in collaboration with the “POIO” laboratory of the Municipality of Athens.

The aim of today’s educational activity was to introduce young Scouts to the theme of European Waste Reduction Week “Reduce, Reuse, Recycle” and to raise awareness of the environment by using technology and gaming. 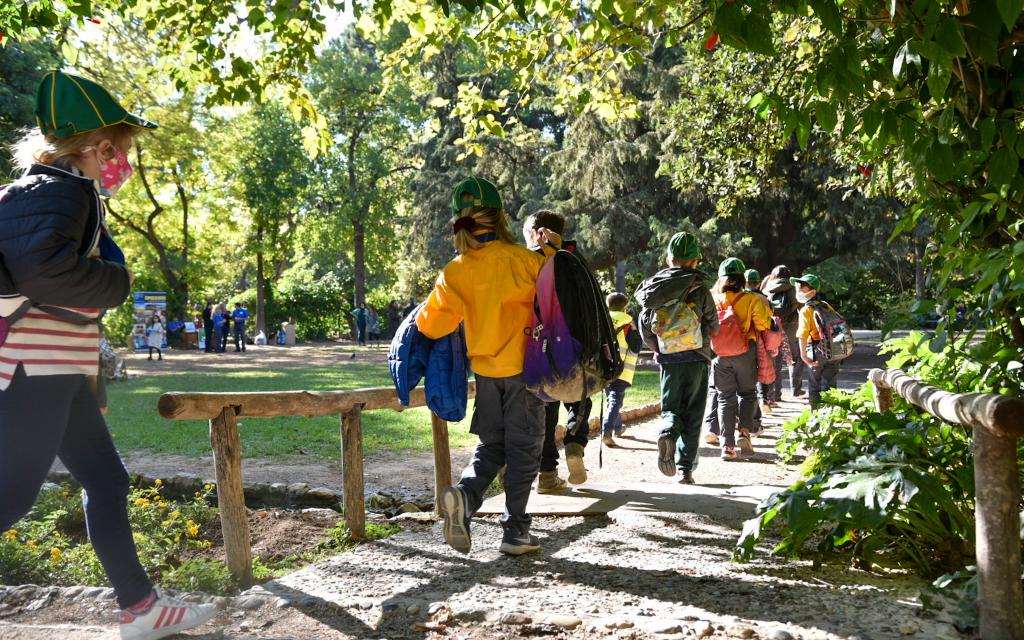 As part of the action, the WHO laboratory of the Municipality of Athens created special solid constructions for material recycling, which were created from recyclable materials collected by the Directorate of Cleaning and Recycling, to be used in sorting materials (plastic, glass, aluminum) children in imaginative and creative recycling activities.

Scouts collected materials by category (paper, glass, aluminum and plastic) which were then collected at specially designed recycling stations in the area, and through a clever puzzle game and indoor treasure hunt. of the national garden, have learned its value. reuse and recycling of materials. 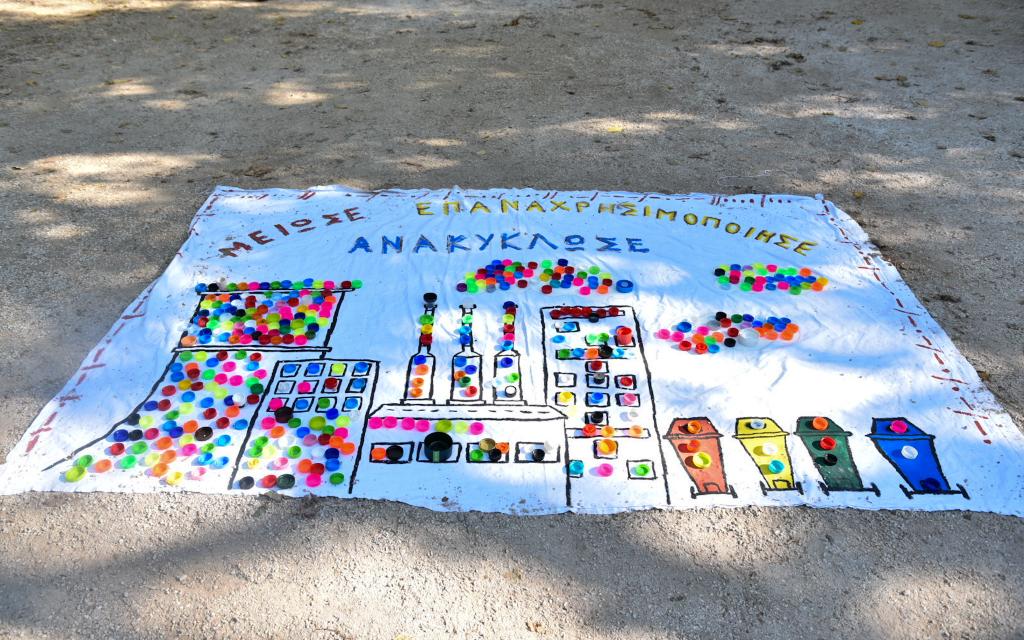 Then, the children participated in experiential circular economy workshops for the reuse of the materials they had collected and were classified by species, in collaboration with the “POIO” laboratory of the Municipality of Athens.

At the end of the action, each scout received as a gift a reusable fabric recycling bag from EOAN, as well as the constructions created by the workshops of the POIO laboratory of the Municipality of Athens.

A few days earlier, Scouts Athens had the opportunity to attend lectures, presentations and discussions on recycling, receiving detailed information on the recycling methods available and their importance in the circular economy and Sustainable development. The keynote speaker of the event was the Deputy Mayor of Cleaning and Recycling of the Municipality of Athens, Mr. Avramidis Nikolaos, while the discussion was moderated by the Regional Superintendent of Scouting of Athens, Mr. Angelika Myloni. The event was also attended by the President of the Hellenic Recycling Organization (EOAN) Mr. George Vrettakos, the Prime Minister’s Advisor for the Environment Mr. Kremlis George, the Chairman of the Social Support Committee of the Scouts of Athens, Mr. Iraklis Markouizos and the Vice-President of the Board of Directors of Greek Scouting Mr. Konstantinos Tatsis. 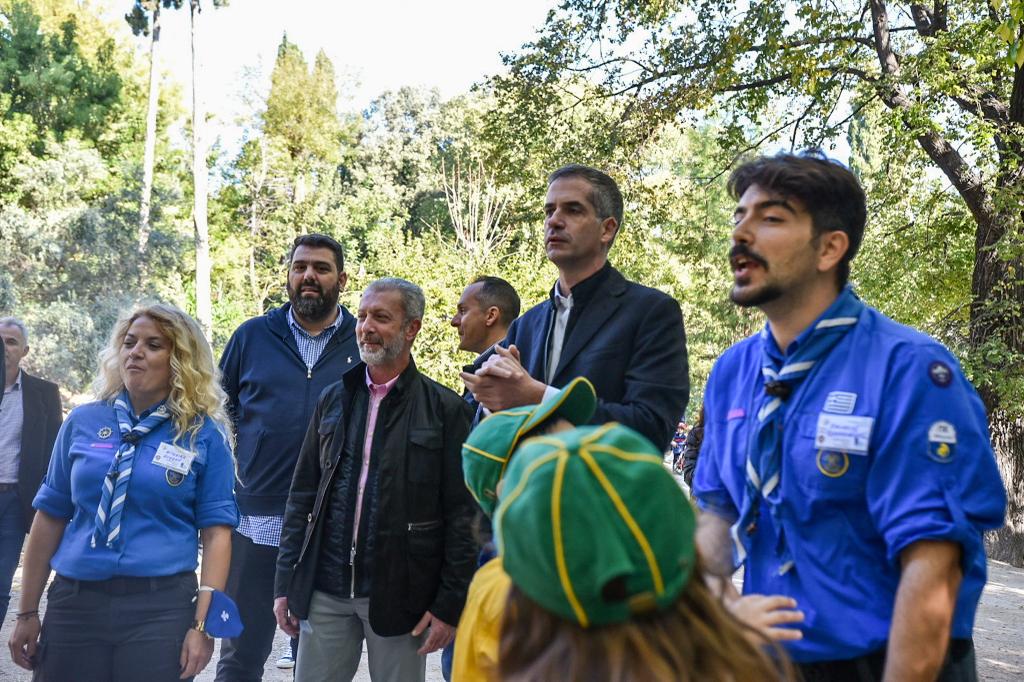 It should be noted that the Municipality of Athens participated for the first time in its history in the European Week for Waste Reduction in 2019, organizing an “Animation Workshop” on the reuse of clothes and their recycling “for pupils. of the 9th High School of Athens. .