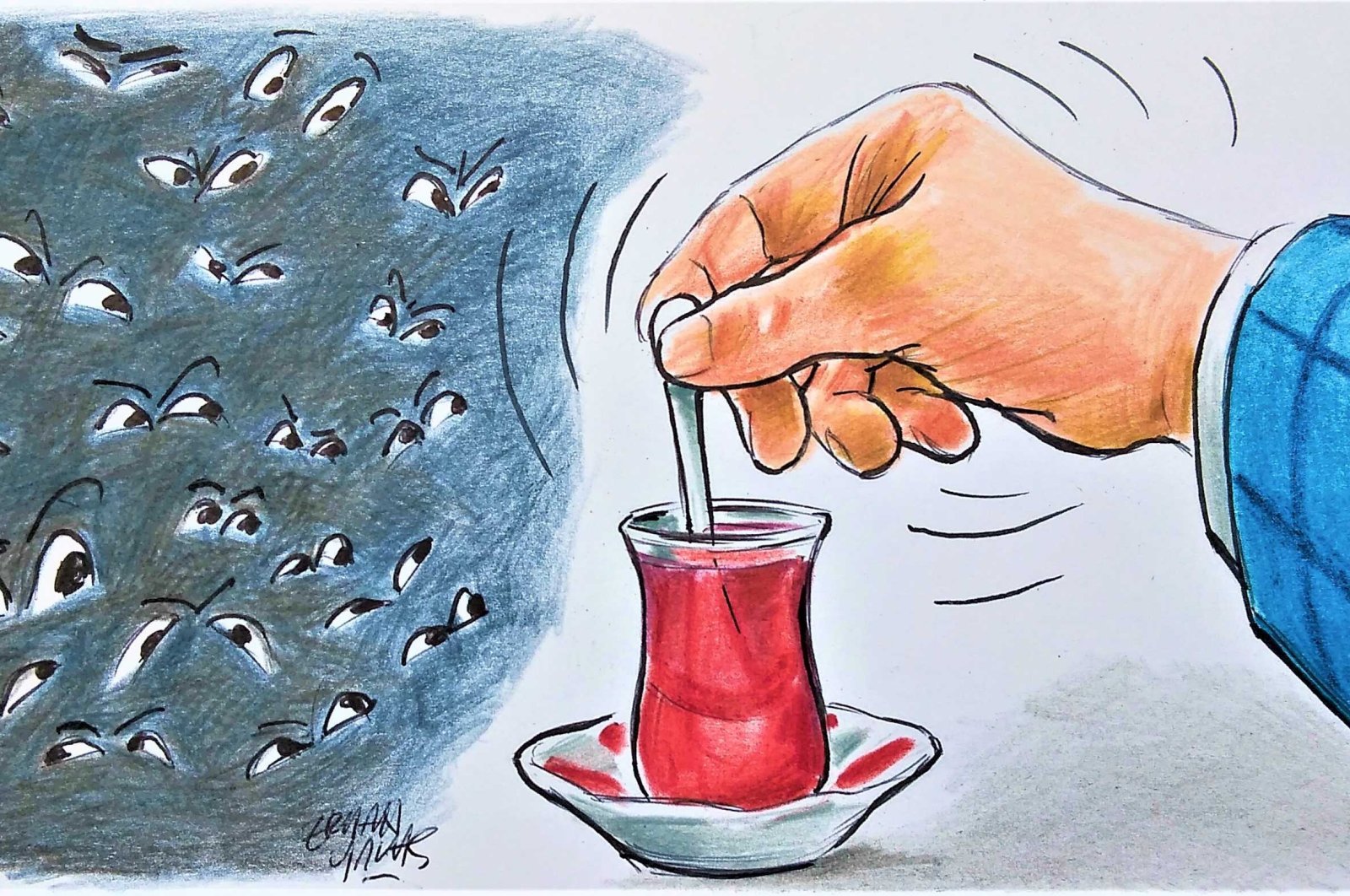 In recent days, President Recep Tayyip Erdoğan has taken several steps in three areas that have caught the attention of foreign governments. First, he vetoed the admission of Sweden and Finland to NATO, citing their failure to meet preconditions on counterterrorism. Second, Erdoğan said that Greek Prime Minister Kyriakos Mitsotakis killed him for his anti-Turkish statement to the US Congress. Finally, he announced that Turkey would take the necessary steps regarding “the missing parts of our work to create a 30 kilometer deep security zone along our southern border”.

Western media have merged these three movements into one, accusing the Turkish president of stoking tensions, taking advantage of the situation to make demands and taking all these steps to win next year’s elections. Anti-Turkish arguments abroad – that Turkey’s policies served the interests of Russian President Vladimir Putin and that it was time to expel Turkey from NATO – led some local commentators to say that concerns Turkey’s security concerns were important and that the country did not really need NATO.

At this point, it’s important to establish what Ankara’s most recent measures mean — and what they don’t.

First and foremost, Turkey’s policy towards NATO is crystal clear. The country supports the security interests of members, the open door policy and the promotion of solidarity. This approach also remained unchanged when some leaders declared NATO to be “obsolete” or “brain dead”.

Notwithstanding this principled position, Ankara is unhappy with the distinction that some NATO allies, including the United States, make between terrorist organizations. He argues that Daesh, the PKK/YPG and the Gülenist terrorist group (FETÖ) must be dealt with simultaneously.

Unlike in the past, Turkey, which prefers to settle intra-alliance disagreements through negotiations, is willing to risk tensions. Erdoğan’s practice of leader-to-leader diplomacy and critical statements are full of such examples. In this respect, leaving or being withdrawn from NATO are not real options. Indeed, Turkey’s struggle within the alliance allows it to better advance its interests at the expense of Greece and the Greek Cypriot administration.

The Greek Prime Minister took a hostile decision by criticizing Turkey, in particular its plan to purchase F-16 fighter jets, in Washington, despite the ongoing normalization process. The Turkish demand for the demilitarization of the Aegean islands and the argument that sovereignty over these islands would be open to discussion are in line with the Treaty of Lausanne and the Paris Peace Treaty.

Supporting Greece’s maximalist and narrowly defined interests is not the way to strengthen NATO’s southeastern flank or allow Greece to replicate its spoiled attitude within the European Union in its relations with the United States or under the aegis of NATO.

This is a welcome development. NATO Secretary General Jens Stoltenberg encouraged Sweden and Finland to address Turkey’s security concerns and refer to June 28 for those countries’ admission to the Madrid summit. Indeed, Stockholm and Helsinki could join NATO quickly if they meet Ankara’s legitimate demands – which are backed up by documents.

At the Madrid summit, NATO will discuss its strategic concept for 2030 in light of the Russian invasion of Ukraine. While China will remain a challenge, the Russian threat will be more pronounced.

Ankara cares about solidarity among allies regarding the fight against all forms of terrorism. He opposed the imposition of arms embargoes among NATO members. For the record, Turkey was going to make these points at the Madrid summit even if Sweden and Finland had not asked to join. Ankara, which regards the attitude of some NATO allies as problematic regarding its purchase of S-400s and its military operations in Syria, is using the platform of the Ukraine crisis and its outcome to further strengthen the alliance.

Addressing Turkey’s security concerns would be a sign of intra-alliance solidarity. All countries concerned should follow Britain’s example and lift all restrictions on the Turkish defense industry. It is important to remember that Turkey will also bear the burden of admitting Sweden and Finland.

The fact that Turkey will also carry out additional counter-terrorism operations in Iraq and Syria against the PKK/YPG is closely linked to this security solidarity. Russia and the United States must keep their promises to Turkey to withdraw the PKK/YPG from any area of ​​northern Syria up to 30 kilometers from the Turkish border.

Russia, which withdrew the Wagner Group and its battle-tested soldiers from Syria because of the war in Ukraine, has created a vacuum. This vacuum could be filled by Iranian militias. Again, it is Turkey, an ally of the United States, and not the Syrian branch of the PKK terrorist organization, the YPG, that will respond to Washington’s concerns about the possible resurgence of Daesh.

If the United States tilts the balance of power between Turkey and Greece to the advantage of the latter, it will be a mistake that will eventually have to be repaired. In this sense, Erdoğan has not triggered a crisis with his recent moves. He underlined the framework of justice and a lasting alliance in Turkey’s relations with NATO, the United States and Greece.

How to get fast money for auto repair