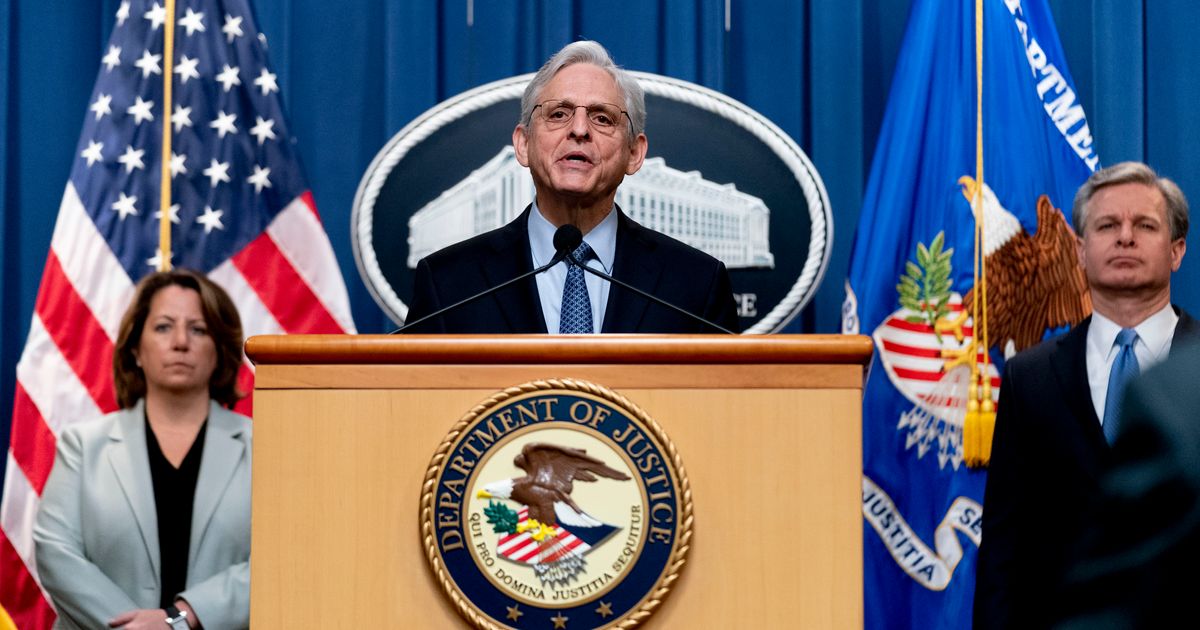 The action came as the Justice Department said it was stepping up efforts to track down illicit Russian assets and US prosecutors helped their European counterparts gather evidence on potential war crimes committed by Russia. during his war against Ukraine. FBI and Justice Department officials announced the moves as the United States separately disclosed the sanctions against Russian President Vladimir Putin’s two adult daughters.

The indictment against Konstantin Malofeyev, Russian media baron and founder of Russian Orthodox news channel Tsargrad TV, is the first by an oligarch since the Russian invasion in February. The case accuses him of evading Treasury Department sanctions stemming from his funding of Russians promoting separatism in Crimea.

Although sanctions prohibit U.S. citizens from working for him or doing business with him, Malofeyev hired an American television producer to work for him at networks in Russia and Greece and tried to buy a television network. in Bulgaria, prosecutors said. Jack Hanick, a former CNBC and Fox News employee, was arrested last month for his work as a television producer for Malofeyev.

The Justice Department also announced that it had taken down a botnet – a network of hacked computers typically used for malicious activity – which was controlled by Russia’s military intelligence agency known as the GRU. The botnet was taken down before it could cause any damage, FBI Director Christopher Wray said.

Wednesday’s announcements came two days after US officials seized a huge yacht in Spain belonging to a Russian oligarch, Viktor Vekselberg, who has close ties to Russian President Putin.

Over the past year, the Justice Department has taken aim at Russia-based cybercrime, recovering most of a multimillion-dollar ransom Colonial Pipeline paid to hackers in June after a ransomware attack. which halted operations. And the department last fall announced charges against two suspected ransomware operators.

Greek government in talks with US on energy security