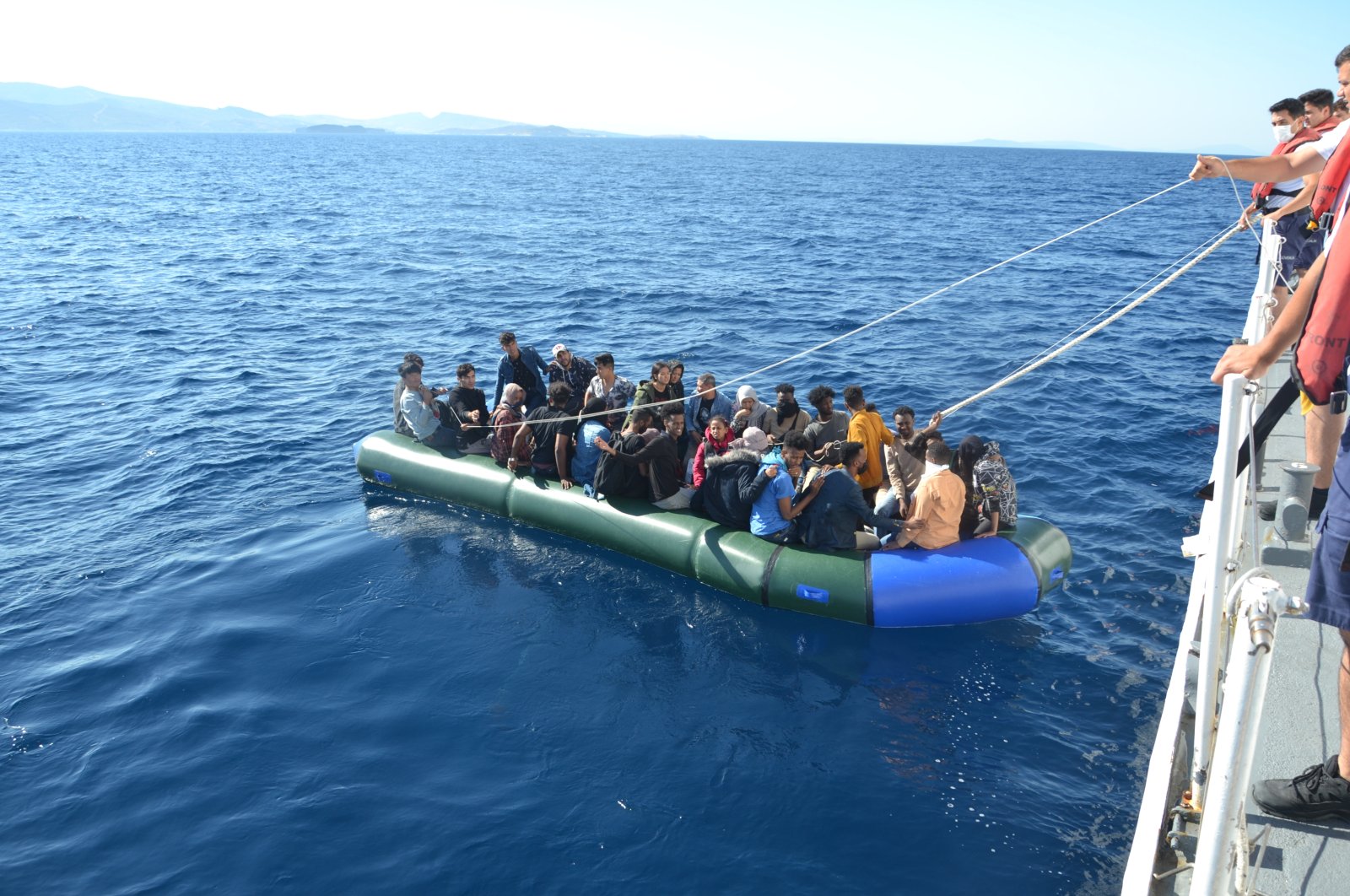 Turkey rescues irregular migrants on 2 boats pushed back by Greece

The Turkish Coastguard Command saved the lives of irregular migrants in the Aegean Sea after they were illegally pushed to the Turkish side by Greek forces, the Defense Ministry said on Saturday.

On July 29, a Turkish Navy drone recorded footage of Greek forces pushing two boats carrying irregular migrants towards the coast of Çeşme in Izmir province, the ministry said in a tweet.

The situation was immediately reported to the Turkish Coastguard Command and the migrants were rescued, he added.

Turkey has been a key transit point for irregular migrants wishing to cross into Europe to start a new life, especially those fleeing war and persecution at home. The country already hosts 4 million refugees, more than any other country in the world.

More recently, it was reported on Thursday that the European Union’s border agency, Frontex, has deliberately and systematically cooperated with Greece in the illegal pushback of asylum seekers to Turkish waters in the Aegean Sea.

According to the German magazine Der Spiegel wrote.

“Instead of preventing the pushbacks, Leggeri and his men covered them up. They lied to the European Parliament and hid the fact that the agency even supported some pushbacks with European taxpayers’ money,” Spiegel wrote.

The report found that Frontex officers failed to report the actions in an effort to avoid provoking reactions from Greek officials, even when they became aware of or witnessed unlawful pushbacks.

“The incidents were not reported through official channels because staff deployed by Frontex feared reprisals from the Greek authorities,” he said.

OLAF’s investigation found that at least six pushback incidents involved Greek Coast Guard vessels that had been co-funded by Frontex, the magazine said.

In an incident in August 2020, a Frontex surveillance plane filmed the Greek coast guard towing a dinghy with around 30 migrants on board towards Turkish waters – when they should have been taken to Greece.

Instead of confronting Greek authorities, Frontex stopped patrolling the Aegean by air, saying the planes were needed elsewhere, Spiegel wrote.

A handwritten note later found by OLAF investigators said Frontex management had withdrawn the plane “so as not to become a witness” to Greece’s illegal actions.

The Greek government has always denied the allegations of refoulement.

Greece intercepts boats carrying migrants and asylum seekers heading to its eastern islands from the neighboring coast of Turkey. Human rights organizations allege the country is carrying out summary expulsions, known as refoulements, which the Greek government denies.

In addition to maritime pushbacks, Greek border forces are also accused of apprehending and forcibly deporting migrants crossing the country by land.

In February, at least 19 migrants were found frozen to death near the Turkish-Greek border after being pushed back to Turkey by Greece.

Officials in Ankara have criticized Athens for the inhuman and degrading treatment of irregular migrants, saying those found dead had their clothes and shoes stripped by Greek border guards. Greece has denied any involvement.

Celebrities and tourists flock to Greece. But a harsh winter is not far away | Helen Smith