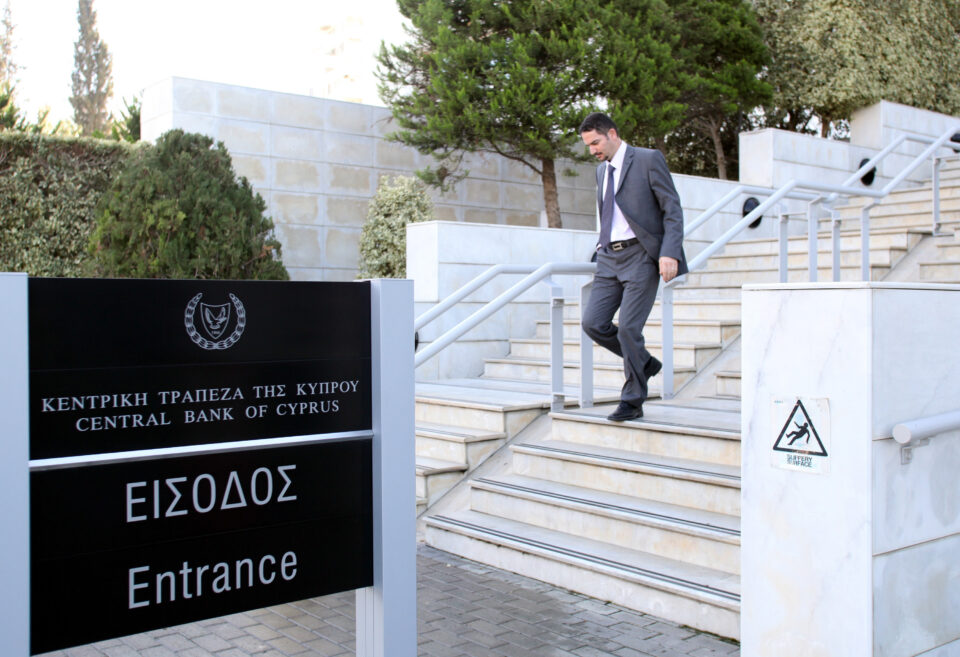 Comparative data for the second quarter of 2021 released by the ECB as part of its Single Supervisory Mechanism reveals that the three largest Cypriot banks performed poorly compared to most of their euro area counterparts. Only Greek banks performed worse, while banks in other eurozone countries were much more profitable.

More specifically, these Cypriot banks recorded an average return of 1.25% on their equity in the second quarter of 2021, while this return for the banks of other members of the euro area ranged from -34.8% in Greece to 3.47% in Malta and 11.5% in Spain. . Return on assets showed a similar picture, with the figure for Cypriot banks being 0.09%, while those returns ranged from -2.74% for Greek banks to 0.22% for German banks and up. at 1.30% for Slovenian banks.

The low profitability of Cypriot banks is explained by the low level of their net interest income compared to their assets. Indeed, the net interest income of Cypriot banks in the second quarter of 2021 amounted to less than 0.1% of their total assets, against an average ratio of 0.7% for other banks in the euro area. Moreover, it is the composition of the asset portfolio of Cypriot banks which is almost entirely responsible for the relatively low levels of net interest income. While other euro area banks held on average over 56% of their assets in the form of interest-bearing loans and advances, Cyprus held only 42%. And according to the Central Bank of Cyprus, 17.6% of total loans from Cypriot banks at the end of June 2021 were classified as non-performing, meaning they do not earn interest, while in other countries of the euro area, with the exception of Greece, NPLs according to ECB data, major banks accounted for less than 5 percent of their total loans.

In addition, Cypriot banks have a much higher proportion of their assets in the form of cash and balances with central banks – 35.8% which “earn” negative interest – than other euro area countries which have a corresponding ratio on average 16.0%; indeed, it is a major factor depressing the net interest income of Cypriot banks.

In addition, the profitability of Cypriot banks suffers from the fact that a high proportion of its loans are impaired, which means that they have to incur significantly higher provisioning expenses than in most other countries where NPLs are much lower. as shown above. Indeed, in June 2021, the provisions of all Cypriot banks against non-performing loans had accumulated to more than 2.3 billion euros, or nearly 47% of these bad loans.

For many years, Cypriot banks have recorded low profits and losses resulting in non-payment of dividends to shareholders since 2004. And with banks’ stock prices on a persistent downward trend over the past 10 years , longer-term shareholders had virtually no opportunity for capital gains. So why do stakeholders such as major shareholders and even banking supervisors tolerate continued low bank profitability? What do they gain from a situation where banking activity is focused on debt collection, debt swaps and debt sales rather than engaging in performing loans? It appears that in recent years Cypriot banks have significantly reduced the amount of NPLs on their balance sheets by essentially selling collateral (mostly physical assets) with these loans, often at a price below market value, to acquiring companies and hedge funds. , some of whom are major shareholders of the banks themselves. These companies and funds are in turn able to sell the distressed assets at a healthy profit.

In this regard, it should be noted that government policies continue to be biased in favor of rising prices in a supercharged real estate market. The tax incentives, including a reduction in the VAT rate from 19% to 5% on real estate purchases, and the attempt to keep the ‘golden passport’ regime alive are all aimed at increasing the demand for Cypriot goods, part of which is considerable ends in collateralization of bank loans.

Thus, it appears that the lucrative activity of substantially reducing bank balance sheets through the sale of NPL is quite profitable for the major shareholders. But, with the sale of these distressed debts and the related asset transfers, there is no real wealth creation and very little funding for productive activity in the real economy. Indeed, there is wealth extraction by the systematic transfer of assets from the largest number to the small number who benefit from this process. In addition, households and non-financial corporations remain heavily indebted with debt-to-GDP ratios of around 85% and 160%, respectively, at the end of March 2021.

What can be done?

Banking activity in Cyprus needs to be reoriented towards making profits from performing loans that contribute to real economic growth rather than worrying about transactions involving the sale of distressed assets and the unproductive transfer of wealth. Banks can start making adequate profits again by increasing the proportion of interest-bearing loans on their balance sheets and drastically reducing the amount of liquidity and central bank balances bearing negative interest. But, unfortunately, many bank customers remain heavily in debt. As a result, banks have limited room to use their abundant liquidity to increase lending to creditworthy entities in order to increase their net interest income.

In addition, the government’s proposed scheme to guarantee repayment of bank loans if implemented would only add debt to an already over-indebted private sector, forcing the government to repay a new wave of debts. unproductive. Undeniably, with the cover of government guarantees, banks would not hesitate to grant loans to poorly creditworthy clients, which would inevitably result in higher taxes for Cypriot citizens, but above all would increase the total debt (private and public) and would further worsen the conditions for sustainable economic development. .

Therefore, before significant progress can be made in improving the quality of bank asset portfolios, banks should help clean up the balance sheets of non-financial corporations and households. Banks must write off unpayable debts of private sector entities and legally force and induce strategic defaulters and the delinquent rich to repay their loans. But with these actions, banks and the economy would suffer initially, as banks would suffer losses for debt write-offs as bad loans are not covered by allowances, while many entities resuming loan repayments. are expected to increase their savings and reduce their spending leading to further equity depletion and what is known as a balance sheet recession.

However, to subsequently benefit from the consolidation of balance sheets, the government should cooperate with the private sector to organize productive investments linked to a large extent to the implementation of the recovery and resilience plan. This would give banks the ability to lend to creditworthy clients to finance economically viable projects that could significantly increase their interest income. In addition, with the phasing out of non-performing loans, provisioning expenses for bad loans would be reduced and help increase bank profits.

It can be concluded that current and proposed government and banking policies will most likely continue to undermine bank profitability and increase the current excessive indebtedness of the economy. Accordingly, it is recommended that the above policy adjustments, while initially costly for banks and the economy, place banks in a position where they can make a significant contribution to financing sustained economic growth and in doing so, increase their own profitability and long-term viability.