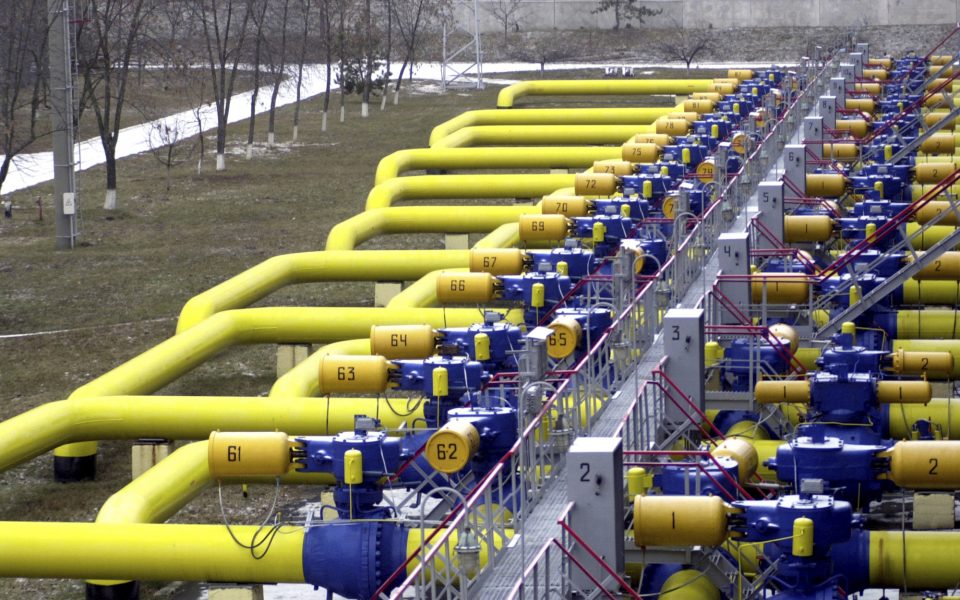 A set of pipes at a gas storage and transit point in Boyarka, just outside Kiev, in a file photo. As war rages in Ukraine, damage – intentional or accidental – to pipelines carrying gas to Europe cannot be ruled out. [AP]

What will be the impact of the war on the economy? The most common answer in these cases is “It depends”. It depends mainly on non-economic factors, first of all the duration and scale of the military conflict. War has returned to the European continent for the second time after 1945. Kiev suffers the horror experienced in Sarajevo and Belgrade in the 1990s, but this time the catastrophe is the result of a dogma that was believed to be dead in water: the idea that borders can be redrawn by brute force – in this case, force exerted by a regime that possesses nuclear weapons and is an enemy of democracy. Last Thursday, Europe was violently thrown back into the 19th century.

How far will Putin go? This will essentially shape energy prices, which in turn will determine whether the global and European economy will simply need more time to recover from the coronavirus pandemic or slip back into recession, the second in three years. The US has largely kept the energy sector out of the sanctions package, Russia’s economy depends on fuel (and arms) exports, but Putin has amassed a $620 billion war chest. dollars to deal with the most crippling sanctions in the months ahead. It is impossible to predict what he will do before the cycle of disaster (his and Russia’s) comes to an end.

A key question is whether Europe will continue to be supplied with gas that passes through the pipelines crossing Ukraine. As war rages in Ukraine, damage – intentional or accidental – to pipelines cannot be ruled out. This is a serious risk that has been taken into account by the markets. The risk will also remain in the context of an unorthodox war if Putin were to install a puppet government. So even if the flow of gas to Europe were to continue uninterrupted, prices could well remain high. Under some scenarios, crude oil prices will climb above $120 a barrel, with natural gas prices soaring accordingly.

A second problem concerns the bond markets. At the moment, markets are pricing in a relatively near end to the war, yields are modest and spreads haven’t widened much. There are, however, two issues that a country like Greece, which is over-indebted and with bonds in the junk category, must take into account: (a) In the last 24 hours, the bonds of vulnerable countries (Turkey, Egypt, Pakistan) sell off as investors seek safety; (b) Pressure in the bond market will not be uniform: The yields that will rise the most will be those of bonds that are not in investment grade, but in “junk” territory – like ours.

Spurred by soaring energy prices, talk of stagflation is back. The war will also affect the Greek economy. Worst-case scenarios from reliable analysts indicate that projected economic growth this year will fall by around 2.5%, from 4-4.5% to 1.5-2%. A respected government minister has privately noted that these estimates are inflated and that any negative impact will not exceed 1.5%. I really hope the minister is right on that point. In any case, the negative repercussions cannot be mitigated by wishful thinking, but by reform. And these repercussions will only increase if the administration continues the charity policy of the past two years in an effort to attract votes.