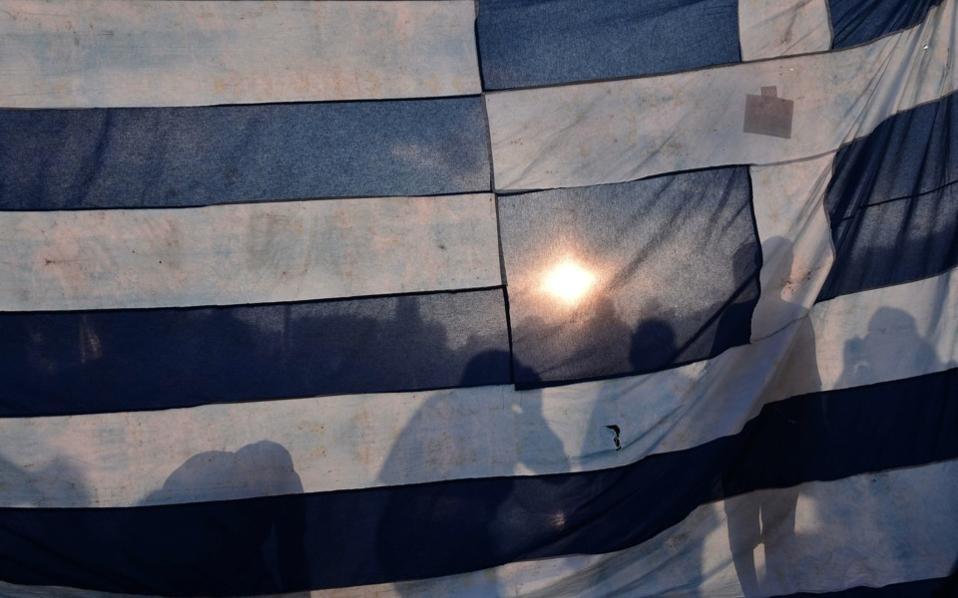 What it means to be Greek

To be Greek is far from being a thing. This means that you learn to adapt, overcome, fight and survive, regardless of the context. Greece is a feeling, an emotion, a place where the sun shines, a nation where politics heat up, a land where the economy is under pressure but in management, a place where one looks at the white and blue flag and we dream. It all sounds idealistic, of course. No place is perfect, and there is no nation that does not have its problems. But in 2021, being Greek means one more thing: freedom.

On March 25, Greece marked 200 years since the Greeks rose up against Ottoman rule. Feelings of joy and pride reverberated timidly throughout the country, spreading and culminating in a homogenized emotion of happiness. The Greeks united in the face of the recognition of their current state: a land of freedom. The challenges always come and go, some with more lasting effects than others, some deeply hurting the Greek population and others leaving more thoughts than emotions. But in the end, all Greeks thank the uprisings of 1821, which turned into a national effort to liberate the country from 400 years of Ottoman rule.

In recent years, Greece has experienced crises on several fronts. The economy was in freefall, with markets performing their own type of Zorba dance, fluctuating uncontrollably, and then achieving much-needed stability. At the same time, political ideologies clashed and united, preventing Greece from having a single, homogeneous, practical and achievable ideological point of view. What about society? Society has been hit the hardest: the lack of stability and focus has created a climate of disorientation, which at best discourages people from looking at the sky and dreaming.
But the point of this article is not to point the finger at those who are responsible, who criticize or who seek to redefine the existing order of things. Simply, it’s embracing what it means to be Greek.

National identity plays a tricky game, reminding us of who we are and serving as a wake-up call when we least expect it. All countries have their challenges, all nations face domestic and foreign pressure, some things forcing even the most patriotic to cover their faces with their hands or deny their heritage. But that does not mean that we detach ourselves from our countries, or that we turn away every time we hear about them.

This is what the 200 years of the Revolution teach young people, according to the humble opinion of this writer: It is to realize that, despite the challenges, the links which make us introduce ourselves through our nationalities remain true. That every time we find ourselves smiling, proudly responding, “Yes, I’m Greek”, we know what that means to us.

This means that our history matters to us: Greece has one of the richest, most complex, complex and living historical tales of any country. With ancient Greece serving as a pillar of international culture, art and literature, we are proud to believe that somehow the texts of great sophistries and poets, such as Sophocles and ‘Aristotle, can be applied to the present tense.

This means that we are proud of our adaptability: Greece has experienced several intense crises, the Greek default crisis being the best known of all. Despite the impact this has had on the functioning of the economy and on national morale, and although the results have been slow to become so tangible, Greece’s economy is growing and the markets are recovering.

This means that we are fortunate to live in a country as beautiful as this: it is no secret that Greece is a Mediterranean gem, with its beautiful landscapes and picturesque islands. No wonder it is one of the most popular destinations for international tourists.

This means that we are proud of our traditions: All over the world, Greeks have succeeded in maintaining their traditions for generations. Even though some have been distilled and modified, changing over time, their essence and importance remain the same. Remembering November 17, 1973 or October 28, 1940 may be different depending on the context, but the underlying messages of self-determination, liberty, liberty, legitimacy and legality define every national celebration.

And finally, it means we are making Greece what it is now: No matter the distance, setting and conditions, Greeks have their own unique way of showing that they are part of their country. It doesn’t have to be something daring, and it sure doesn’t have to be something daring. Each of us shows our connection to the place we call home in a different way.

This is why the 200th anniversary of the start of Greece’s war for independence is important: not because of its politics, certainly not because of its economic aspect, and certainly not because of the various institutions that have tried to politicize this day. This is because on this day each of us sees something of ourselves reflected in the word “freedom”. It is important because it represents self-determination, national consciousness and unity, values ​​which are contemporary and which will always remain important, valued and meaningful.

Greece’s Independence Day commemorates the formation of the independent Greek state, the establishment of the Greek Constitution and the consolidation of the principles of democracy, justice, freedom and equality. It is a day on which we do not just celebrate our country or the values ​​of the Greek land, it is a day when Greeks around the world look at the white and blue flag, recognize the efforts of our predecessors and pay homage to centuries. long story. It’s a day we celebrate Greece no matter the distance.

Perhaps this approach seems too naive for some, too apolitical for others, and too simplified for others. This article is not intended to be critical, however, but has been written rather as food for thought. You will be the judges to know if he has achieved his goal.

Katya Mavrelli is a BSc International Politics and Government student at Bocconi University in Milan.

The hottest real estate market of 2021