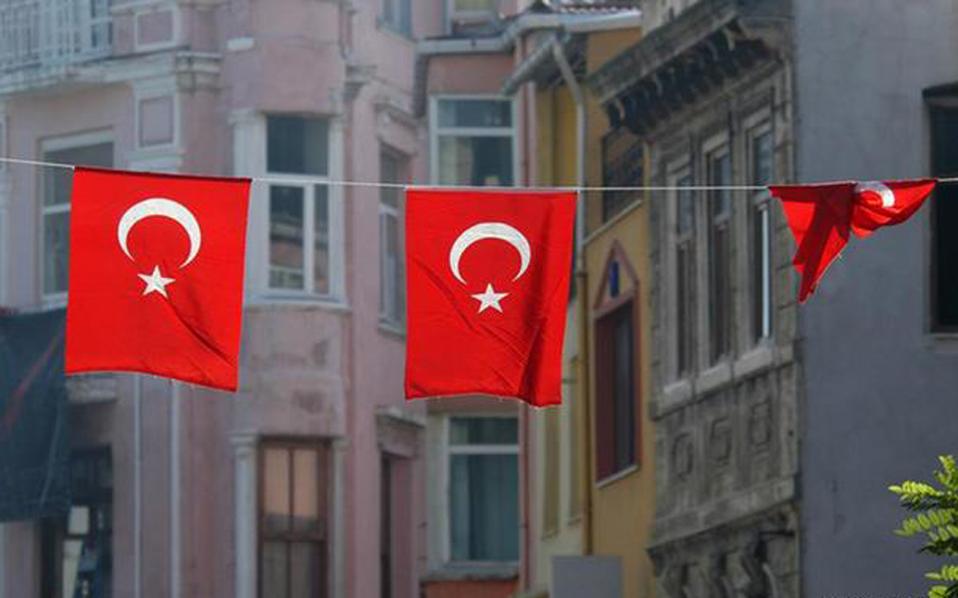 What Turkey’s Erdogan could win in the NATO debate

In the space of two weeks, Turkish President Recep Tayyip Erdogan has caused a stir by throwing a wrench in Sweden and Finland’s historic bid to join NATO, hitting out at member Greece of the alliance, and announcing plans for a new incursion into Syria.

Erdogan appears to be using Turkey’s mediating role in the war in Ukraine and its ability to veto new NATO members as an opportunity to air a variety of grievances and force other nations to take action. against groups that the Turkish government considers terrorists, including the Kurds. militants.

Amplifying his strongman image by focusing on international disputes could also resonate domestically as Turkey prepares for a general election next year.

Here’s a look at Erdogan’s latest scheme and what he can expect to gain:

WHAT DOES TURKEY WANT?

Turkey, which commands NATO’s second-largest army, is pushing Sweden – and to a lesser extent Finland – to crack down on entities Ankara says are linked to the Kurdistan Workers’ Party, or PKK.

By threatening to block the two Nordic nations from joining the Western military alliance, the Turkish government also wants them to end their alleged support for the People’s Protection Units, or YPG, a Syrian Kurdish militia.

The PKK is considered a terrorist organization in Turkey, Europe and the United States. It has led an armed insurgency against the Turkish state since 1984, and the conflict has killed tens of thousands of people. Turkey says the PKK and the YPG are one and the same.

Turkey seeks extradition of wanted terrorist suspects from Finland and Sweden. Both NATO candidates reject accusations that they support the PKK or other terrorist groups.

Another key demand is the lifting of restrictions on arms sales that several European countries, including Sweden and Finland, imposed on Turkey following a 2019 incursion into Syria to act against the YPG.

Merve Tahiroglu, Turkey program coordinator for the Middle East Democracy Project, said Erdogan is convinced NATO needs Turkey, which puts him in a position to negotiate.

“They [NATO allies] want to demonstrate to Russia that NATO is more united than ever and that even Erdogan’s Turkey will not be able to spoil this. So Erdogan knows he can get away with it,” Tahiroglu said.

WHY THREAT NOW WITH A NEW OFFENSIVE IN SYRIA?

Turkey has carried out three major incursions into Syria since 2016 which have strained its relations with the United States. Washington sees Syrian Kurdish groups as key allies in the fight against the Islamic State group, but Turkey views them as terrorist organizations.

Erdogan on Monday announced plans for a new Turkish offensive in northern Syria to create a 30-kilometre deep safe zone along its southern border. The long-stated objective would be to keep the YPG militia away from Turkish borders.

The timing suggests that such an offensive could be used to rally nationalist voters while providing an opportunity for the momentum created by Turkey’s role as mediator in the Russian-Ukrainian war to advance Ankara’s demands. in NATO negotiations.

Michael Tanchum, senior researcher at the Austrian Institute for European and Security Policy, said the Turkish government believes its NATO allies do not fully appreciate the threat the PKK and its branches pose to Turkey.

At the same time, Turkey maintains close relations with Moscow and Kyiv. In the midst of the war in Ukraine, his position “gives Ankara some leverage to try to resolve these issues of great concern to the Turkish Republic”, Tanchum said.

But another incursion into Syria on top of Turkey’s opposition to Sweden and Finland’s NATO membership could shake Erdogan’s ‘good will’ following Turkey’s invasion of Ukraine. Russia, according to Tahiroglu of the Middle East Democracy Project.

“He certainly reinforced the idea that many NATO allies had that Turkey is a problematic ally under Erdogan,” Tahiroglu said.

HOW IS GREECE INCLUDED IN THIS?

Nominal NATO allies Greece and Turkey are regional rivals with longstanding disagreements over a range of issues, from maritime borders in the eastern Mediterranean to the future of ethnically divided Cyprus. Tensions between them erupted in 2020 over offshore energy rights.

Erdogan was angered by comments made by Greek Prime Minister Kyriakos Mitsotakis during a recent visit to Washington. The Prime Minister suggested while addressing Congress that the United States should not sell F-16 planes to Turkey to avoid creating “a new source of instability” on the southeastern flank of the NATO.

In response, Erdogan said he would not speak to Mitsotakis again and would cancel a Strategic Council meeting between their two governments.

Turkey’s president touched on the animosity with Greece when discussing his opposition to Sweden’s and Finland’s NATO bids. Erdogan said his country made a mistake in approving Greece’s reintegration into the alliance’s military wing in 1980 and was determined not to make the same mistake with Sweden and Finland.

Speaking at this week’s World Economic Forum in Davos, Switzerland, Mitsotakis said it would be “a mistake if Turkey continues to use these [NATO] negotiations to extract some sort of advantage for its own national interests.

Turkey is expected to hold presidential and parliamentary elections next year by June 2023 at the latest. Incursions into Syria to oust the YPG have bolstered support for Erdogan in previous elections. The Turkish leader may be hoping to win nationalist votes again at a time when the country’s economy is in decline, with inflation running at nearly 70%.

Erdogan has also seen his popularity rise before when he appeared to stand up to Greece and other Western countries.

“I think his plan right now is to demonstrate to his electoral base that he can arm US and NATO allies,” Tahiroglu said. “And he’s empowered to do that, to act that way, because those allies have appeased him since the war in Ukraine started.” [AP]