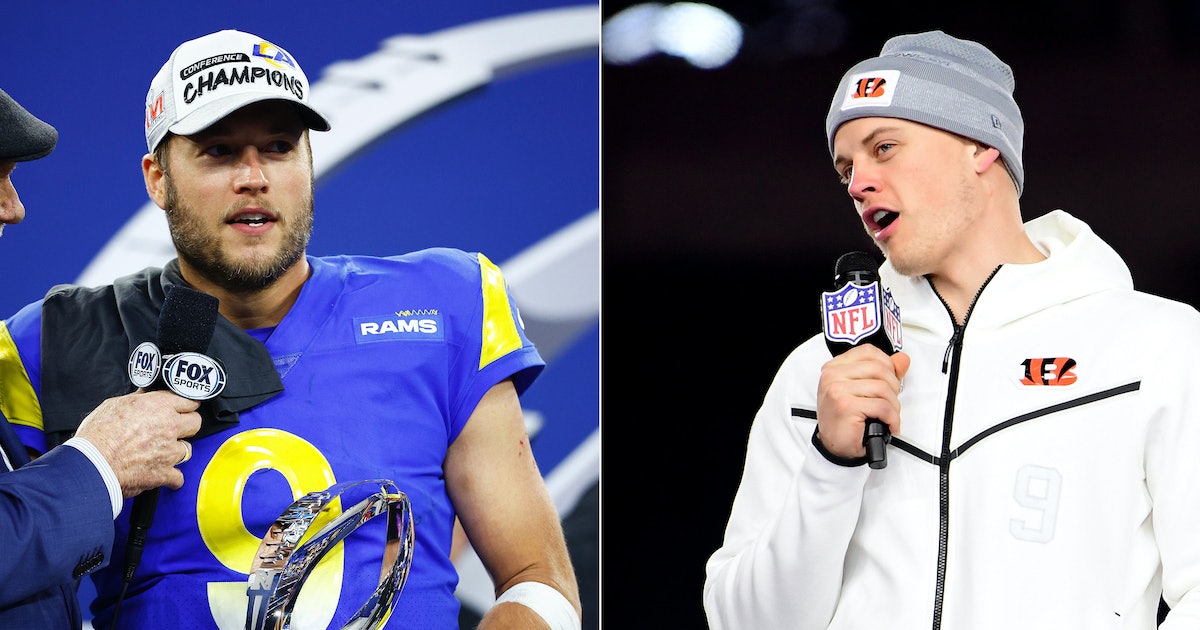 The Super Bowl is Sunday. Once you figure out how to balance this celebration of the American ideal with your plans for Valentine’s Day the next day, you’ll need to figure out which team to cheer for: the Los Angeles Rams or the Cincinnati Bengals. Delicate, right? They are both so good. To make this decision, I suggest looking at the houses that belong to the teams’ respective quarterbacks.

The LA Rams quarterback is Matthew Stafford. He is married to a woman named Kelly and together they have four daughters: Tyler, Chandler, Sawyer and Hunter. They live in the same Hidden Hills neighborhood as Kylie Jenner, Dwyane Wade and Gabrielle Union in a 15,000 square foot mansion they bought for $20 million last year. The architectural firm that designed the property calls it the “Seven Summits Residence”. From the front, it looks like a futuristic penitentiary. Out back, there’s an infinity pool and a concrete deck that looks like a helipad. Discover the children’s room! And marvel at how the kitchen appears to have three separate marble islands, as pictured in Kelly’s Instagram sponcon for avocados:

According to the architectural firm, the house “balances the conservative, vernacular character of the surrounding neighborhood with a contemporary design palette, juxtaposing gabled roof forms and a shingled exterior with expansive glass and metal elevations that offer an unprecedented degree of indoor-outdoor connectivity.” Is this the house of a person who deserves to win? No. This is the house of a person who has earned enough.

Meanwhile, Cincinnati Bengals QB Joe Burrow is said to be living in a 2,900 square foot home in the Columbia-Tusculum neighborhood of Cincinnati. Realtor.com says he bought the place for $835,000 in 2020 after being drafted by the Bengals. Before that, he lived with his parents in Athens, Ohio. You can see a photo of the exterior of his normal house here. Because it was not designed by an architectural firm hoping to promote its work to other celebrities, no interior photos are available online. But you can see from this ad for Buffalo Wild Wings, which looks like it was taken from her house, that she has an electric fireplace:

In conclusion, I will support the Bengals because I think Joe Burrow should have a little nicer house, and Matthew Stafford should have his house taken out. Go Bengali!