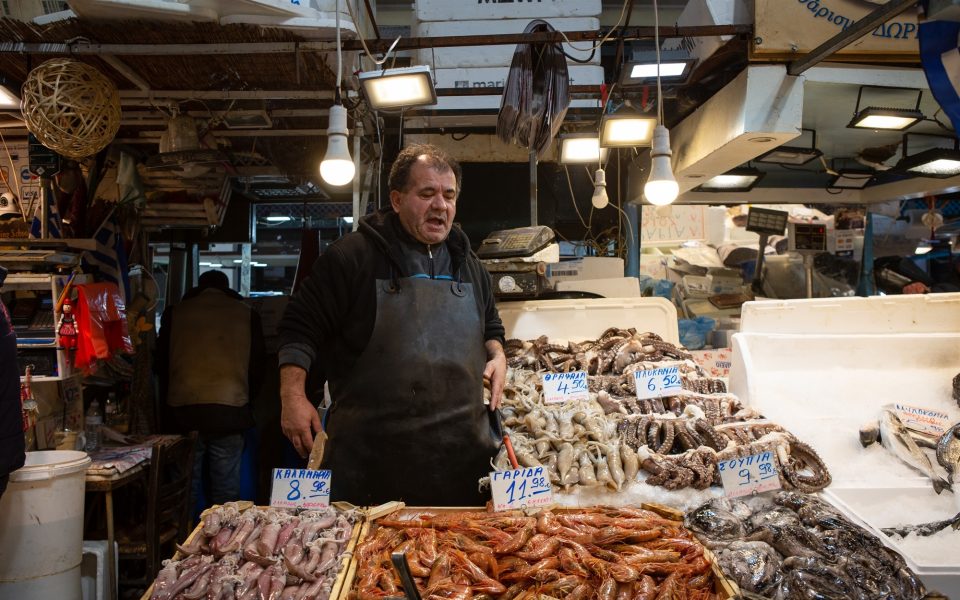 With junk bonds, Greece is a special case

A fishmonger was selling his wares at the Varvakeios food market in Athens yesterday. Inflation spurred by rising energy costs is a factor that will contribute to looser fiscal rules through 2023. (YIANNIS DIMITROPOULOS/INTIME NEWS)

Even if the final decision is expected in May, we can take for granted that the European Commission will agree to continue to relax the terms of the stability pact rules until 2023 and that the rule providing for a debt lower than 60% of the internal product gross and the other concerning the deficit will not apply.

Inflation, which is driven mainly by higher fuel prices, uncertainty affecting consumption and investment, and the slowing of the post-pandemic recovery – in the best of cases – are factors influencing investment decisions. the Commission and International Monetary Fund Managing Director Christine Lagarde, who, unlike the US Fed’s Jerome Powell, wants to put interest rate hikes on hold until 2023.

There is, of course, a new factor pushing the Commission in favor of easing and that is the decision, led by Germany, to increase defense spending. In the space of just a few days, Russian President Vladimir Putin accomplished what no American president has done: Chancellor Olaf Scholz decided that Germany would spend 100 billion euros on defense this year and least 2% of its GDP in the years to come. Meanwhile, French President Emmanuel Macron also announced an increase in defense spending last week.

Not only is Europe mobilizing to strengthen its defences; he also seems ready to pay what he has avoided paying so far. This means that our European partners, those champions of fiscal conservatism, are beginning to understand what it means to be – like Greece – forced to spend a lot of money on defence. Thus, thanks to Putin, they will also understand the dangers of a revisionist point of view when it comes to international agreements and treaties.

A continued loosening of fiscal policy is therefore a positive development as long as we see it as a means of accelerating fiscal adjustment. This, in turn, will improve our credit rating, so that our bonds will move from investment grade to junk status, where they have remained even after three memoranda and a prolonged economic crisis. Because at the end of the day it’s all about the international markets and not about the Commission and they are not ready to give us any money right now. The funds seek to invest in safe bonds, which is why yields on Greek banknotes continue to rise while those on more reliable bonds decline.

So, whatever easing the Commission decides to cut in Europe, Greece must implement a fair but nevertheless strict fiscal policy. Why? Because Greece is a special case: it is the only European country whose bonds are not investment grade and whose economy is only built to last in good weather thanks to a weak productive base. In addition, we have wasted a lot of time – a custom that has persisted for three years – because many of the political staff believe that managing the crisis means giving money to everyone, at all levels, without discretion. . The reform also went out the window, just as the report of the Pissarides committee was relegated to a drawer.